You Are Here: Research Training Group: Physics of the Heaviest Particles at the LHC

Research Training Group: Physics of the Heaviest Particles at the LHC

Welcome to the website of the  DFG Research Training Group "Physics of the Heaviest Particles at the LHC". 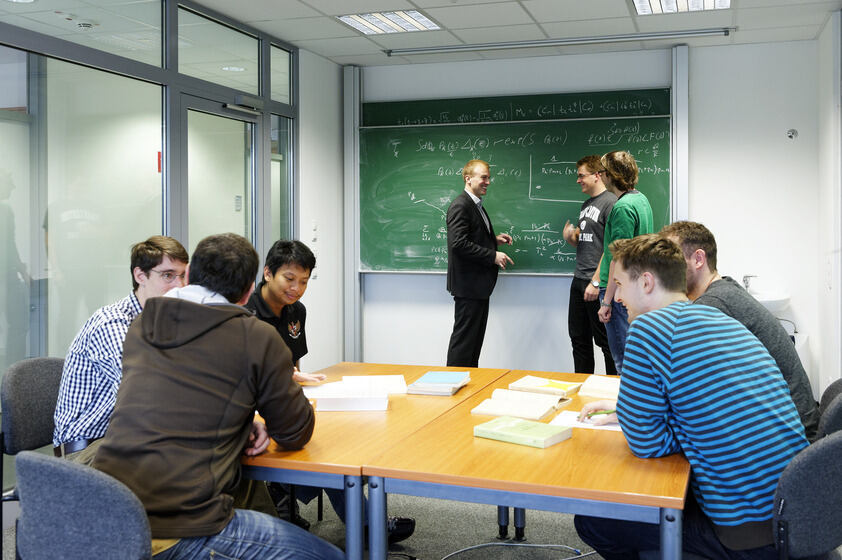 Our Research Training Group (RTG) proposal has been approved by the DFG (German Research Foundation) and will start in October 2019. The RTG is carried out jointly by the Institute for Theoretical Particle Physics and Cosmology, Physics Institute III A and Physics Institute I B.

The RTG is centred around LHC research. It builds on the particular strengths of the scientific groups at the RWTH Aachen University and the tradition of close collaboration between theory and experiment. The experimental groups are part of the CMS collaboration and have contributed substantially to the detector construction, its upgrades, computing and data analyses including deep learning methods. The theoretical group covers a broad range of topics from precision calculations in quantum chromodynamics to the phenomenology of supersymmetry and dark matter. The RTG is designed to study the heaviest particles both known and theorised. The focus will be on

In particular, the purpose of the RTG is to enhance the fundamental understanding of the structure of the Higgs mechanism by studying the Higgs boson properties such as the couplings of the scalar to fermions, gauge bosons, and to itself. Furthermore, the special role of the top quark both as a source of dominant background processes and a link to New Physics will be exploited. At the same time, top-quark cross sections will be used to perform Standard Model tests and to extract fundamental parameters. Finally, the potential of the LHC will be fully explored as far as discovery of extended supersymmetric models and heavy dark matter particles is concerned.

More information can be found in the press release by the DFG.